Four months have passed since your inauguration to the office of the President of The United States of America. Freshly imprinted in our memory is your campaign message to the Muslim community of America about how their votes and their voices are important to the country. And now, our collective feelings as muslims across the world are wounded by watching the brutality of the Israeli armed forces unfold before our very eyes.

Perpetrated shamelessly in our Holy Month of Ramadhan, and at the onset of our Holiest Day the Iedul Fitr. But what we find even more hurtful, is the decision of your government to veto the backing of 14 member nations of the UN Security Council to declare a joint effort to reduce the tension between Palestine and Israel.

This valuable support from the UN Security Council would have been the greatest gift we can receive for our Holidays, but alas it has been taken away at the last moment by your country’s Veto Vote, in utter disregard to the humanitarian crisis suffered by the people of Palestine.

You would also be informed that among the victims of this brutality committed by the State of Israel are Gaza residents who until this very day are still living under blockade. This blockade is an atrocity in itself, preventing international humanitarian aid to reach the victims of the violence. And yet you kept silent still, letting the violence being unleashed on the civilians of Gaza. Houses and offices are being destroyed relentlessly, including Media centers that are supposed to be protected to safeguard the freedom of the Press.

Israel may claim that their actions are merely a response to the the Palestinian offensive, necessary to protect themselves. But please remember, that this response was triggered by the unjust removal of Palestinians in the region of Sheikh Jarrah, as well as an attack on the worshippers in the Holy Mosque of Al Aqsha by Israeli soldiers.

The Palestinians have not initiated any attack unprovoked. May I also remind you, that Al Quds (Jerusalem Old City), within which the Al Aqsha Mosque stands, is a World Heritage site under the supervision of UNESCO. It is only fitting that The United States, as one of the Veto Vote carrying Nation, advocates for the protection of this valuable site to the United Nations.

We are urging you to heed the voice of your conscience. It is also in the interest of the United States as a great Nation to be heralded as the caretaker of humanity in this world. Your government has pledged to make Multilateralism, Justice and Human Rights as the principles on which your Foreign Policies are run. What better time to fulfill those promises than in the resolution of this conflict.

Prove to the world that the principles of Justice For All and Human Rights that you have committed to are being applied equally to everyone, including the people of Gaza barely surviving the relentless onslaught by the State of Israel. We are hoping that you will take a strong stance to stop this assault, especially as victims include many women and children.

We Muslims believe that we are all brothers and sisters tied by our common Faith, and thus the Palestinians are bound by this brotherhood and sisterhood with Muslims in America, to whom you have reached out in your last campaign.

Please demonstrate your claim that The United States of America is a nation that upholds the principles of Human Rights. Fall short of that and you may lose the trust of the International Community around you even more. 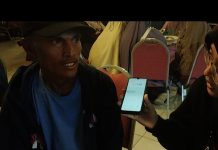